Striking Places have had a pretty darned amazing summer. After the whirlwind of the HTA National Plant Show we got back to our St Albans HQ late in the evening of June 22nd. Not for long though!  We were leaving the following day – after a morning networking at the Watford Expo – for France. What busy bees we are!

Our first port of call was Brantome in the Dordogne area of France, where we were wearing our wedding photographers hat. It was a magical setting and we had such a good time shooting the wedding. The bride and groom held a wonderful poolside party the next day. Music, sunshine, delicious food, lovely people – we could have stayed there forever! But the impending six and a half hour journey to our next destination dragged us away. We were bound for Carpentras, where the beautiful chateau Mas De La Quintine awaited us.

This was the first of our 360 virtual tours of private holiday lets. As we drove south it got hotter and hotter. Consequently, Jo shot the tour in an incredible 35 degrees! Luckily the pool was there to cool off in at the end of the working day. The owner, Paul Cleworth, is delighted with the tour, and realising the benefits chose to have an interactive overlay too. This works really well with holiday lets. The result is spectacular.

No rest for the wicked.  Another job beckoned. After a quick pitstop in Narbonne for a coffee with a dear old friend, we headed up back up the west coast to Mortagne-sur-Gironde. This is in the gorgeous Charente-Maritime area of France. Here we stayed with Huw and Cathy Thomas, who had commissioned us to create a Google Street View Trusted tour of their four lovely gites, Font Remy, and the stunning Chateau de la Place in the neighbouring Saint-Fort-sur-Gironde. 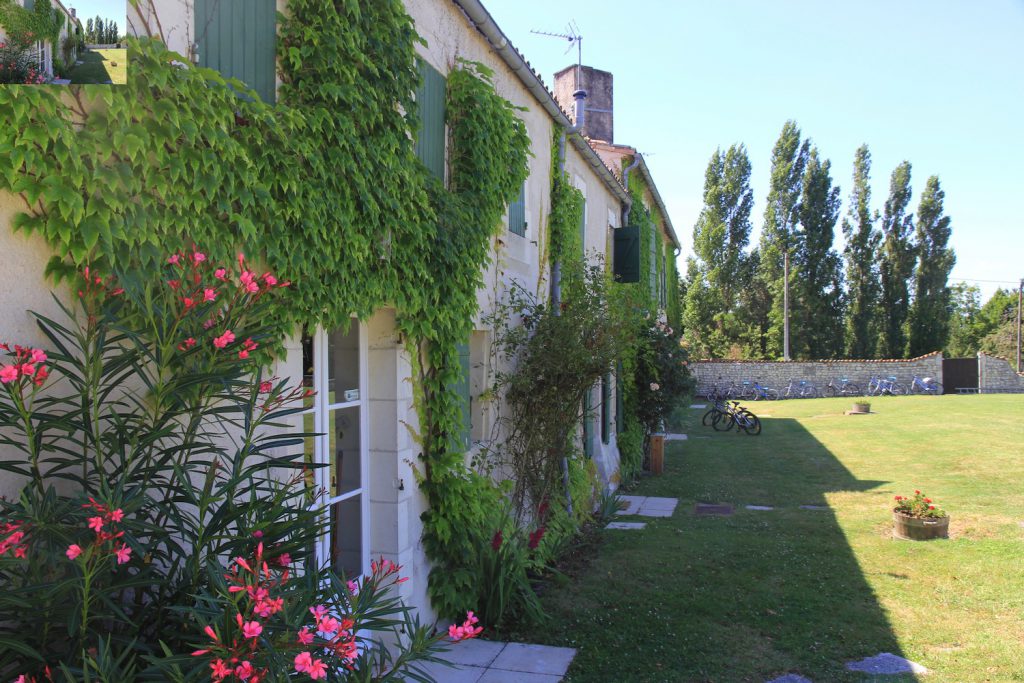 We spent a delightful four days working and enjoying the many delights of the local area. Huw and Cathy are wonderful hosts. They are really pleased with their 360 virtual tours and will be embedding them on their websites and facebook pages.

Our second week in France was in theory free of photographic shoots, although there was lots of processing and writing to do. We slowly moseyed up towards Calais, working as we went. We stayed a few days in La Rochelle before settling in the beautiful Camping de la Forêt, nestled next to a lake in a forest. It was there that we got the big news. The Striking Places’ Westminster Abbey Google Street View Trusted tour was officially being announced to the world. We had been waiting excitedly for this for so long. How thrilling! We sprang into action, preparing and spreading the word. The best place for WiFi in the campsite was up by the office, so we were sitting there in the hot sun, busying away on our computers when Jo’s phone rang with an unknown number.

It was Davina Hagan from the BBC – The BBC! –  saying they wanted to interview Jo the following afternoon outside Westminster Abbey for the BBC London evening news!!

The following afternoon? Eek! We were a good four hours from Calais. So, we had to quickly pack up the Striking Places mobile office and hit the road. Our plan was to get an evening Eurotunnel train and arrive back in the UK by ten pm. Unfortunately we hit the hugest lorry traffic jam we’d ever seen, snaking through the rolling hills of the french countryside. On top of this, we then discovered all the Eurotunnel trains that evening had been cancelled! How on earth would we make it back in time?!! To be continued…