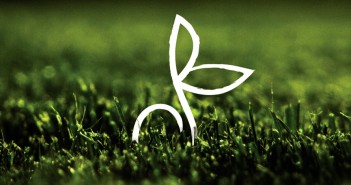 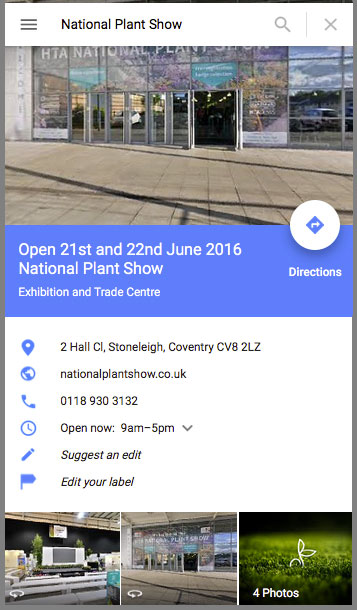 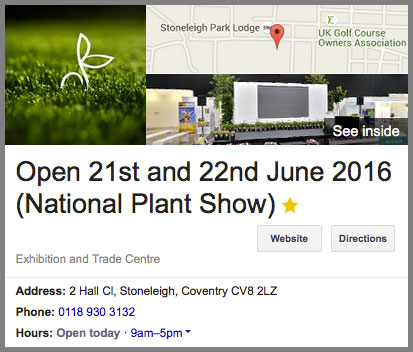 The HTA is a horticultural trade organisation that has been in existence for over 100 years. It started at Crystal Palace and is now based in Theale near Reading, in Berkshire. Since 1899 the HTA has served as a central organisation representing their members; plant nurseries, garden centres and the gardening trades. Members benefit from business training and innovation and also a cost reduction program. The HTA also provides a single voice for garden industry issues with the government and in the news.

For the last eight years the HTA National Plant Show has been running at Stoneleigh Park, Warwickshire. The 2016 show was host to over 160 industry exhibitors displaying a wide variety of plants from amaranthus to zantedeschia aethiopica.

As a member of the cost reduction program with the HTA, the Striking Places team were delighted to be a part of the show. It was the perfect opportunity to showcase their collection of virtual tours, particularly those taken in nurseries and garden centres like Aylett Nurseries. It was also an opportunity to capture a virtual tour of the National Plant Show itself. After all the exhibitors had finished setting up their stands and the cleaners had swept and tidied, the Striking Places team worked late into the evening. A virtual tour of the beautifully arranged stands was captured, uploaded, processed and published to Google Maps ready for displaying on Google Cardboard the next day, setting a new Striking Places record of less than 12 hours!

The route of the virtual tour was planned with HTA staff to include key areas including the Retail Concept Experience, The Glasshouse cafe, Hortipack Hub, the New Plant Area, the Seminar Area and of course the HTA Village.

The HTA were really pleased to be able to showcase the virtual tour of the National Plant Show on their website the day the show opened.

Tim Bell | Commercial Manager | HTA
“We were delighted with the support from Striking Places, and their contributions which helped make the event such a success. It’s great to be able to showcase the opportunities that technologies such as virtual photography offer a modern business in helping it market itself to its potential audience. Hopefully you’ll enjoy the virtual tour, and of course come along to next year’s event”