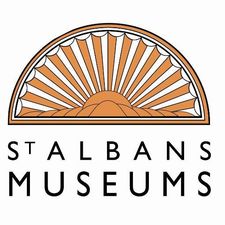 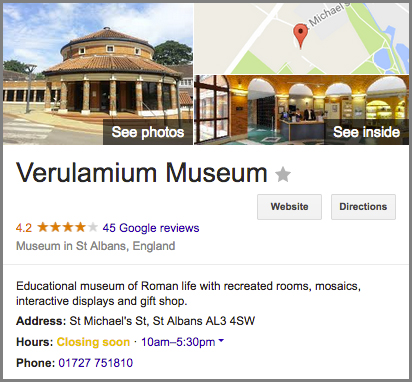 This 360 Google virtual tour of Verulamium Museum allows visitors the opportunity to explore the museum online from anywhere in the world.

Verulamium was the third largest town of Roman Britain after London and Cirencester. The museum is purpose built and opened in March 1999. It stands on the site of the original Roman town next to the major Roman road of Watling Street.

This Google virtual tour of Verulamium Museum was one of the first tours created when Striking Places first became accredited by Google. There was a big push amongst the Google Trusted Photographer community to engage with museums around the world. The Google virtual tour program was still new but the custodians of the museum were keen to take advantage of the benefits. Primarily the tour meant that the museum was never closed. Visitors could literally walk through the rooms and galleries at any time, and stay for as long as they like. It also gives you a preview of what to expect when you visit in person.

The shoot was very challenging because it was so dark inside, but as it was during the week there weren’t many visitors so Jo could take her time adjusting camera settings.

The virtual tour of Verulamium Museum begins outside and joins Street View on St Michael’s Street. The tour takes the viewer into the museum through the main entrance which has an architectural award for its striking dome ceiling. The entrance then leads to four Discovery Areas: Recreation & Rites; Merchants & Markets; Making a living; Food & Farming.

You are able to view the remarkably intact colourful mosaics and wall paintings and many other artefacts, such as pottery, tools, jewelry and coins from the Roman era. You can explore the recreated Roman houses and experience what it must have been like during Roman times.

Since the tour was shot Google Street View Trusted virtual tours are now in the fifth year! Striking Places have created over 500 virtual tours! And recent Google published research states that:

‘Those who view a listing with a virtual tour are TWICE as likely to visit in person.’

# Interesting Fact No 27: Roman rule lasted over three centuries. Colchester was the first Roman capital but was replaced by London. Other major Roman towns were Colchester, Gloucester, Lincoln and York.